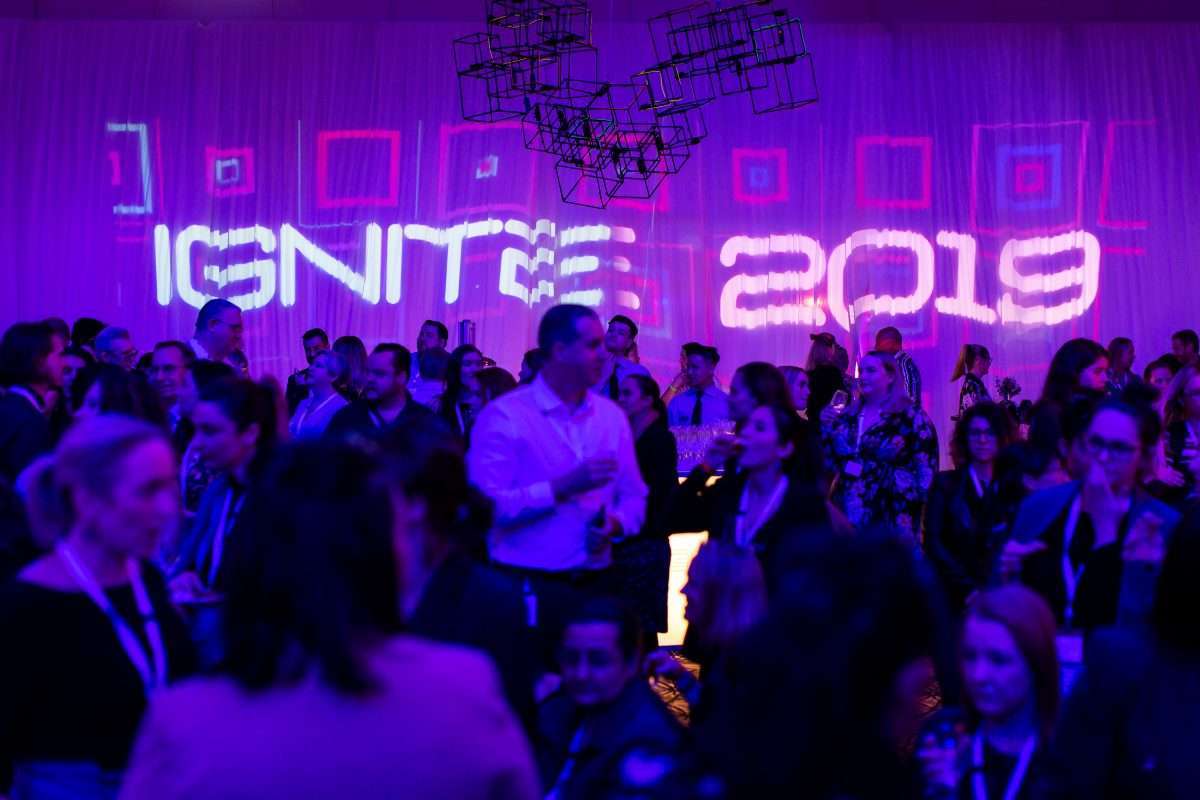 Funktionality and Luna Park Lit Up Sydney with IGNITE 2019

Funktionality, in partnership with Luna Park Sydney and Microhire, presented a new, unique showcase inspired by Vivid Sydney for 250 corporate event professionals on Wednesday 12 June. Guests were treated to a night of visual inspiration with themed décor styling, entertainment, food and interactive activations.

Coinciding with Vivid Sydney, Luna Park was an extension of the anticipated Sydney event for the night. The lights were as dazzling outside as they were in – with performances and activations including neon lights, lasers and media walls.

“IGNITE 2019 is about inspiration. Helping clients deliver a wow factor for their event is something my team… pride ourselves on. Working with Luna Park Venues for IGNITE 2019 makes sense on every level,” said Funktionality director, Tracy Woods. “What better way to share ideas on food, theming and entertainment than at such an iconic Sydney location.”

IGNITE 2019 began in Luna Park’s Palais Cocktail Room with Funktionality’s décor and Luna Park’s Vivid-inspired culinary menu. The night moved onto the venue’s Harbourside Crystal Palace Ballroom for a night of performances, food and beverages. With a drink in hand, a selection of hors d’oeuvre on offer and one of the best views of Sydney’s harbour, the networking hour in the Palais Cocktail Room couldn’t have been better. 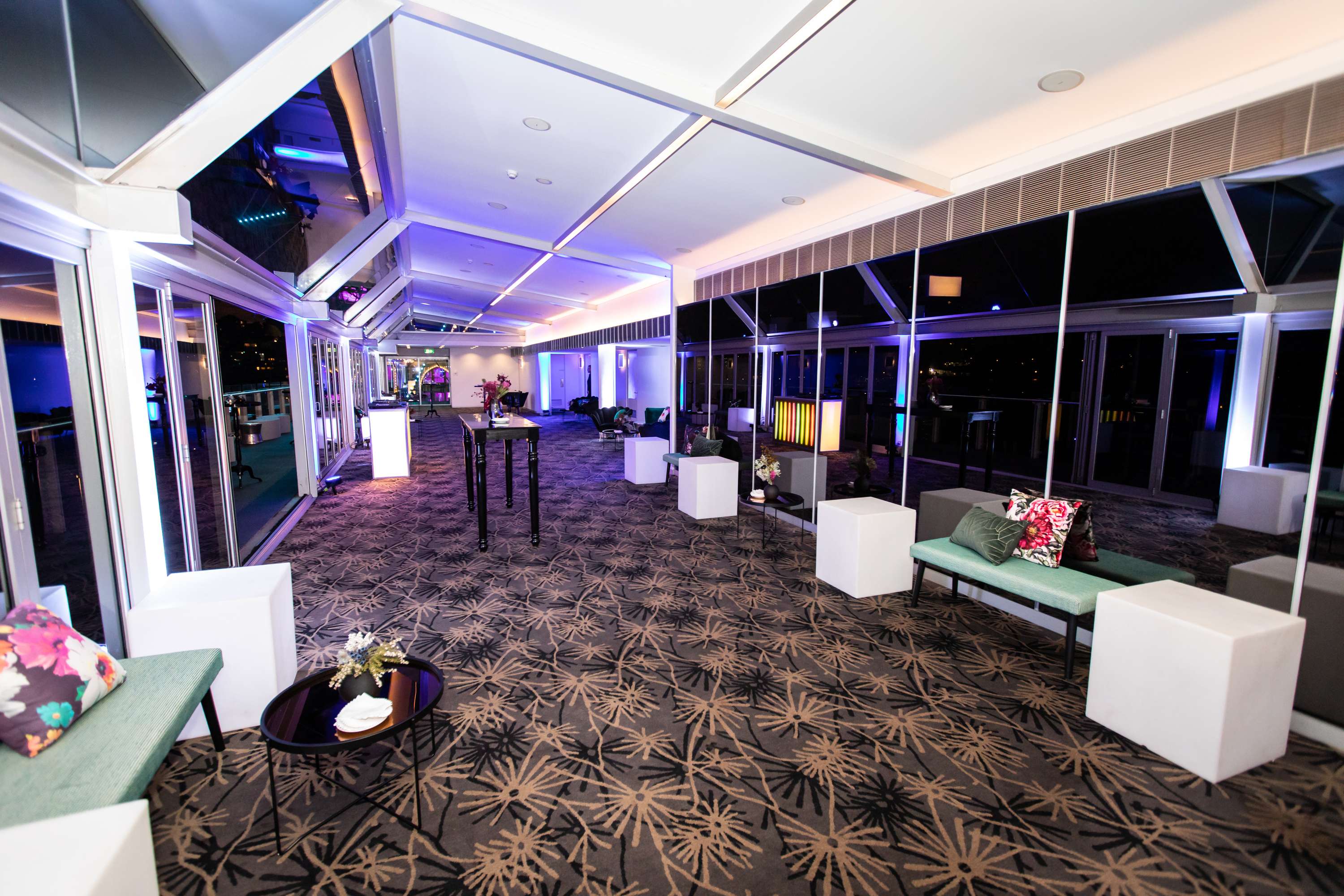 Funktionality was able to provide the showcase with some of the best from our catalogue, with multiple live performances, an interactive media wall, photo booths and even putt putt golf.

From the interactive champagne wall in the Palais Cocktail Room and Globots accompanying guests with their co-ordinated coloured wristbands to the next location for the night to an array of performances, Funktionality had the entertainment for the night sorted.

Funktionality showcased a wide array of décor, both inside and out of the two venues. Displaying multi-coloured globalls outside with the masked stilt walkers, the setting introduced guests to extravaganza they were about to see inside. Styled seating areas were sprinkled around the ballroom for attendees to kick back on with styled seasonal blooms featured on every table.

A selection of entertainment was sprinkled throughout the night. With a special prize on offer, speed painter Sarah Rowan was hard at work creating a spectacular work of art while Geed Up were on stage, keeping the crowd immensely entertained. Guests were treated to a unique laser/ dance performance, roving entertainment and photo booths, DJs and musicians.

The final location of the night revealed a full-body mirror photo booth and putt putt golf, with an enchanting dessert bar for all to enjoy. 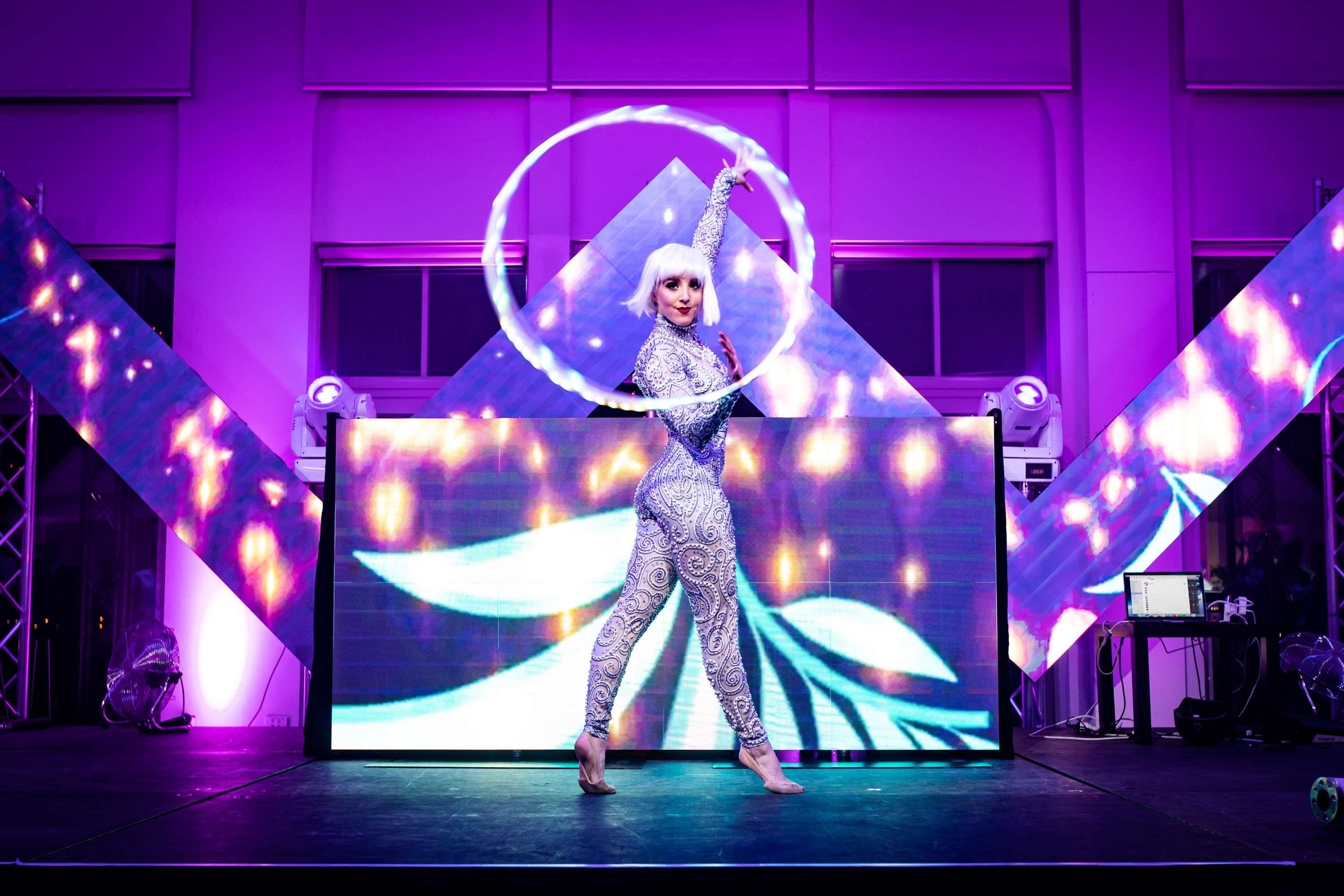 Luna Park’s in-house executive chef, Gavin Berrecloth, showcased a variety of decadent dishes that showed off just how they received their culinary credentials. With a menu that was also inspired by Vivid Sydney, guests were treated to bright pea sorrel lemon oil served in shot glasses; raw salmon with roe, avocado, crisp kale served in black sesame cones; and a savoury doughnut wall. For those with a sweet tooth, the night ended with the reveal of an enchanting dessert bar that offered dry ice micro sponge wheat grass tufts, soils and crystals and a range of mini glazed cakes of various shapes and finishes. IGNITE 2019 is just one example of an event Funktionality, Luna Park Sydney and Microhire hopes inspires the crowd of professionals the next time they are organising, or thinking of hosting, an event.

A glamorous throwback to the J Farren-Price 75th A

💜💜 to @epilepsyfoundationaus at their fantas

A gorgeous mix of matte 👜 and glass 🥃 textur

What's a fresher way to liven up your table settin

Even your lolly station can match your Ancient Era

Can we PLEASE go back to partying like it's the 70

A spot of celebration between the downpours last w

🔸 A bit of simple symmetry and contrast for you